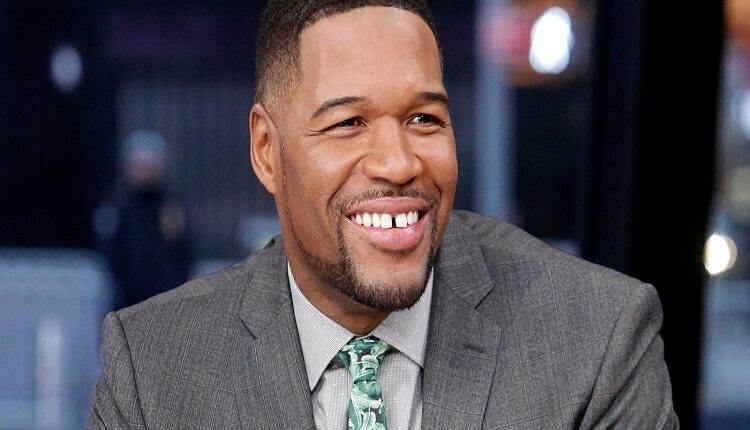 Lifestyle magazine, Good Housekeeping, ran an amusing piece on Michael Strahan, the Super Bowl XLII winner and co-host of Good Morning America. As everyone knows, Michael Strahan has one distinctive feature: the gap separating his two front teeth. When Strahan shared a post showing him without his famous gap, many people were alarmed! Many people thought he had really fixed the gap between his teeth. Well, one thing was off: the post was shared 3 days before April Fool’s Day. Some people smelt a rat. Others weren’t so sure. Well, Strahan shared another post, where he addressed the alarm. Apparently many people cared about the gap between his two front teeth! He reassured everyone that he had not fixed the gap. It was all just a prank.

In Strahan’s original post, he shared a video of him going into a dental office known as Smile Design Manhattan. In the video, he indicated that he was going in to get the gap fixed. Int he video, Strahan can be seen taking dental impressions and going through some procedure. When the procedure is done, Strahan is given a mirror and looks at the results: a big smile with no gap between his two front teeth. Strahan seemed delighted with his new look.

Many celebs rallied behind Strahan, thinking he really had gotten rid of his gap. He received messages telling him that even if everyone loved his gap, he looked great without it. Do you, the celebs united in saying.

Of course, not everyone fell for it. Justin Tuck, whom he played with at the Giants, was suspicious from the get-go. Tuck was proved right.

Earlier, Strahan had said he rocked his gap “with pride” and wondered which of his friends could rock a gap with him. He shared photoshopped pictures of several of his friends rocking gaps between their teeth. Evidently, Strahan is quite the joker!

Strahan’s story illustrates the importance of having pride in how you look. Oftentimes, people undergo all sorts of unnecessary procedures just to look good because they have such a difficult time accepting themselves. Sometimes, the secret is to love who you are. Some procedures are really important to get, such as getting a dental implant for damaged teeth. That is a given. Strahan teaches us that where our health is unaffected, we have every right to be ourselves with pride.

That so many people were alarmed by the possibility of him fixing his gap, shows that often people accept and love us for what we are. So why change it?

Strahan himself felt pressure to fix his gap and look perfect, but in the end, he accepted that’s how he looked. Sometimes, there is perfection in imperfection. Strahan embraced the imperfections and embraced who he was. He went against the pressure that other people exert on us to be perfect. Strahan says that not only did his mother love his gap, but everyone he talked to about his gap told him not to get it fixed. His gap was accepted even when he questioned it.

Top Reasons Why You Would Need a Hysterectomy

Are Kim and Kanye really done? What’s at Stake