The Psychological Price Ashton Kutcher Pays As An Entrepreneur 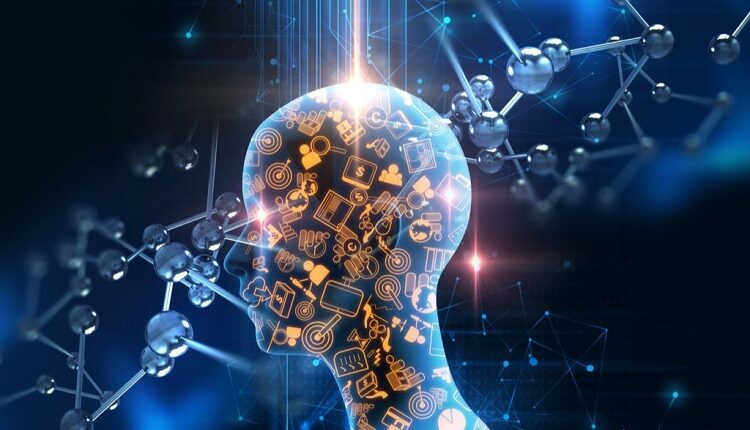 Building a company is hard work, and rightly, entrepreneurs are lauded for their achievements. From John D. Rockefeller, to Jeff Bezos, the great entrepreneurs have formed a central part of the mythology of American life. Entrepreneurs are praised for their vision, determination and willingness to take risks which other people would shun. Yet, few of these odes to entrepreneurship have spoken about the great toll that entrepreneurship takes on the entrepreneur. The sacrifices that entrepreneurs make are glamourized, from the long working hours, the time apart from family, the necessity to live up to the expectations of investors and users, to the looming spectre of fear. The pressures of entrepreneurship can turn the most optimistic of people into the poster child of chronic depression. Added to this, the founder is under the most unhealthy of expectations to always play the role of chief optimist, transmitting unwavering strength, confidence and optimism to employees, investors, and clients, regardless of the circumstances. The pressure to hide difficulties is immense. As Sam Altman observed, such is the pressure to succeed, if a founder is asked how their startup is doing, they invariably respond, “Great!”, even when that is far from the case. The entrepreneur as Great Visionary Leader cannot be seen to be weak.

The suicides of tech entrepreneurs, Aaron Swartz and Jody Sherman were a reminder that for many entrepreneurs, depression is an unwanted part of their lives. Entrepreneurs typically do not discuss depression and mental health issues, because the industry is largely in thrall to the idea of “picking yourself up by your bootstraps”, so mental health issues tend to be treated as signs of weakness, of a lack of the right stuff for entrepreneurship. The cult of the workaholic, bulletproof entrepreneur tends to squeeze out of entrepreneurs the very things that they need to remain sane and balanced. Entrepreneurs are expected to be on-call 24/7, to sleep short hours, wake up very early, be constantly plugged into the news, travel frequently as well as doing a host of things that have a negative impact on mental health. Heroism is expected, even when entrepreneurs fail. The failed business idea for Creative Cabinets and Fine Finishes must be met with unflinching stoicism and a romantic turn-around story. There is no space for depression or mental health issues. Entrepreneurship, we are told, is about pushing yourself to the limits of your emotional and physical capacity; it’s about being unbalanced in ways that are supposed to be good.

Yet, this notion of entrepreneurship is not simply toxic, it is detrimental to actual business results. Entrepreneurs need to tackle the conditions through which depression and broader mental issues arise, if they are to stay or become mentally healthy and also achieve better business results.

Entrepreneurs need to realize that though they may be vulnerable, they are not weak, and be willing to tackle depression and other mental health issues that arise from extreme stress. It starts by understanding the symptoms of depression and being willing to acknowledge that you need help.

Entrepreneurs wear many hats and each hat weighs upon the entrepreneur. They must somehow live up to the expectations and needs of their families, employees, customers, their investors, and their customers, and often they feel a deep responsibility to keep all their constituents happy, even though the interests may be opposed. For example, the demands of investors for an entrepreneur’s time and commitment clash with those of that entrepreneur’s family to be a presence in their lives. The many directions that entrepreneurs are pulled leads them into feeling isolated and alone, even when they have a cofounder. That leaves a lot of living under conditions that make them susceptible to depression.

Entrepreneurship in and of itself is a high risk endeavour. Research shows that 70-80% of businesses fail within the first 5 years of their existence. Failure goes alongside being an entrepreneur. Often, business is made to seem to exist beyond life and death, and failure is treated as an existential, psychological question. Shame haunts the struggling entrepreneur.

Finding peers whose response to questions about their businesses are honest and realistic and who are not committed to displaying an image of absurd level of success, is hard, but necessary.

Bradley Smith, the extremely successful entrepreneur and CEO of financial services firm, Rescue One Financial, is, at face value, the very symbol of entrepreneurial success. Rescue One Financial had revenues of nearly $32 million last year, having grown 1,400 percent over the last three years. These are sensational numbers for any business. Yet, as Smith will openly admit, he was on the brink of failure and mental collapse just five years ago. In 2008, Smith logged in the long hours that entrepreneurs are supposed to, counselling his clients on how to get out of debt. He was calm and persuasive, but behind the veneer lay the very fears that his clients had. Smith, like his clients, was in debt and his position was getting worse. The irony is that Smith had worsened his position by starting a debt settlement company. Often, he had higher debt levels than the clients he was advising.

Smith had maxed out a line of credit worth $60,000 and cashed in his 401(k). He had even sold a Rolex he had bought himself to celebrate an earlier success as a stockbroker. FInally, he had gone to his father for $10,000, having been reared on puritan principles of wise investing and prudential management of money. His father loaned him the money, at 5% interest.

When he and his wife found out they were expecting a child, his anxiety levels went up even higher. He would wake up at 4am, staring at the ceiling, riddled with angst, desperately searching for solutions to turn his company to profitability. 8 months later, his company finally became profitable. This is not, however, a lesson in how living on the edge of a nervous breakdown for long enough will reap rewards, but a lesson in how often even the most successful entrepreneurs harbour secret fears and a past of failures, and how many of them have been on the verge of nervous breakdowns.

Entrepreneurs cannot bank on success at the end of struggle. Depression and other mental health issues are rife within the entrepreneurs’ community. Yet, when it comes to suicide, the biggest indicator that something is seriously wrong is, however, not just a feeling of depression, or feelings of depression (what in psychology is known as “suicidal ideation”) but the feeling of being trapped. This is because when people feel trapped, they are more likely to seek suicide as a solution. Mental health is not just a question of psychology, self-care, spending more time in the bedroom getting much needed rest, and mental health strategies, it is also a question of culture, business models and structures. A business that can only exist at the expense of its founders’ mental health, is a business whose model needs reform.

Access Relief for Your Autism Symptoms Through PrTMS in California

Kolhapuri Chappals – Why They Are The Best Footwear…