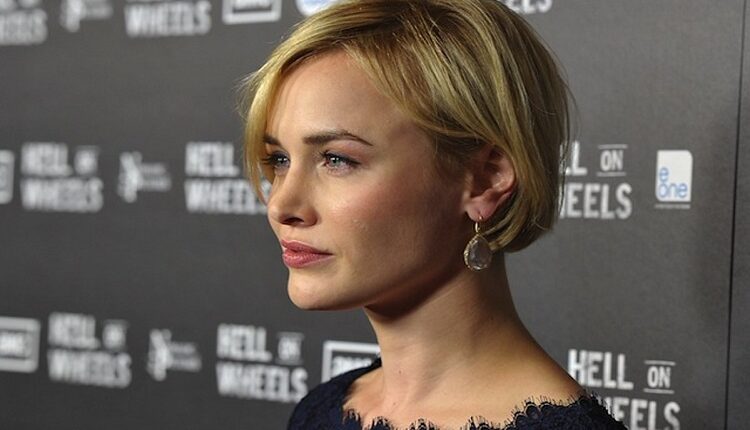 She is one of the most beautiful Irish actresses with an elegant look. Dominique McElligott flashes her natural poise along with her serene smile, and that is enough for her fans’ hearts to skip a beat. One of the leading cast in Astronauts Wives Club, she has crossed the territories in acting and is adored by many.

Born and brought up in Ireland, this lovely Irish actress grew up watching the acting of Daniel Day-Lewis in the Irish drama movie My Left Foot and got very impressed by his performance. Even both her parents used to discuss the fact of him being an actor in front of Dominique, which made her wonder about acting and she used to think, “Someone is pretending to do that? That’s really awesome.” After that it just stayed in her mind and she started doing drama after school. This developed into something that she did and even enjoyed very much.

Her acting career took a start with her role as Rachel in Whiskey Echo. Being from Ireland, she hadn’t done any work in America. She admits that it was her American manager who bugged her to come to L.A. However, she did not want to. After doing a western in Bolivia while she was hanging out with her friends and having drinks, they offered her to take her over to America for free so that she could stay there and give some auditions. She reached America on 5th of July and gave the audition for Hell on the Wheels on 6th and 7th. She was also chosen to do the role in The Amazing Spider-man in which she played a comic role. It is also interesting to know that till date twice she has played characters with the last name Bell.

Dominique is one of the hottest and sexiest actresses in the Irish film industry as well as in Hollywood. Her demeanour is winsome and attractive. However, not much is known about this pretty actress’s love life. She does admit how much she enjoyed kissing her sexy male co-stars in RTE’s raunchy new drama series Raw, but off-screen not much is known about this part of her life. Although, she was once in news for having a relationship with her co-star Anson Mount, but that is again, not confirmed. The latest that we know about Dominique McElligott is that she is still single.